Light bodied, crisp and refreshing, Keystone Light Beer makes the perfect party beer for you and your friends. This American light lager beer has 4.1% ABV, making it a great choice for sessioning with friends. With an exceptionally clean taste and undeniably smooth finish, try this beer case for evenings on the front porch and bonfire parties. This American beer is triple-filtered to perfection for a satisfying taste that’s never bitter. Try pairing ice-cold Keystone beer with burgers, hot dogs, barbecue, and wings the next time you need refreshing drinks for an outdoor cookout. Keystone Light was created in 1989 by Coors Brewing Company. For over 25 years, Keystone Light has remained a refreshing light beer that’s always smooth. 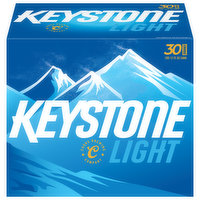 Cold as the rockies. Cold. Lagered. Filtered. Packaged. Celebrate responsibly. Corn syrup is used as part of the brewing process only. Coors Light never uses high fructose corn syrup. coorslight.com. We are committed to providing quality products. If you have any comments, please call us at 1-800-642-6116, or write us at: Golden, Colorado 80401. Coors recycles. 4.2% alc./vol. 8.4 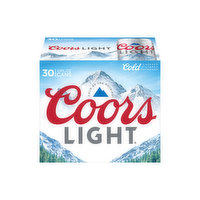 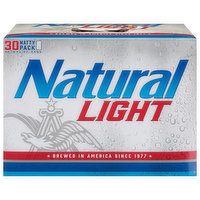 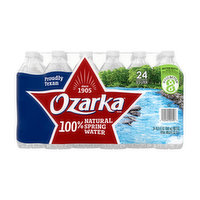 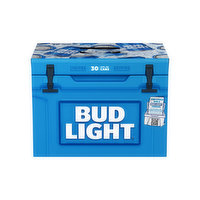 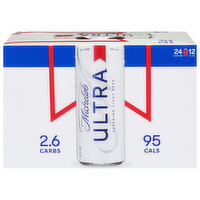 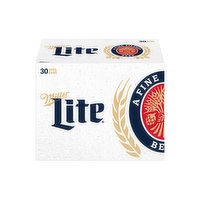 Goodness is in our nature! At Nature's Own, we pride ourselves on doing things the way we believe they ought to be done. Which is why we promise that our breads are never made with any artificial preservatives, colors or flavors and no high fructose corn syrup. After all, we live by our pledge - if we wouldn't serve it to our family we would never serve it to yours. To demand any less just wouldn't be in our nature. Get to know your bread - No. 1 selling bread brand (Nature's Own Brand Breads are the no. 1 selling brand based on the unit sales number reported by syndicated IRI data for the total US). 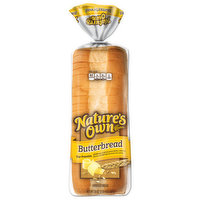 24 bottles. Since 1928. Eco-Air package. 100% recyclable (Excludes labels and other packaging, which may not be recyclable in your area). 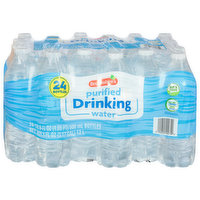 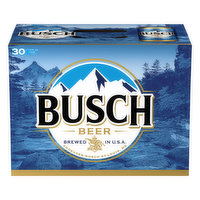 The uncompromising flavor of Wright Brand Thick Sliced Hickory Smoked Bacon doesn't come easy. Hand selected pork belly is trimmed into thick marbled slices, then cured with our 90-year-old recipe and smoked over real hickory chips for smoky flavor you can count on. Simply lay bacon slices flat on a cookie sheet and bake at 350DegreeF for 15-20 minutes or until crispy and golden brown. We think the only way to push a big, juicy burger into 'legend' territory is to let our bacon steal the show. Serve on a burger or go the extra step of intensifying the sweetness of our classic bacon flavor with a bourbon style maple glaze. This country has a history of making great things. A tradition of working hard, not cutting corners and taking the time to do it right. At Wright Brand, we still believe in this tradition. We know if you want to make a better bacon, there's only one way to do it: hand selected, hand trimmed, and smoked over real wood chips. That's Bacon the Wright Way. 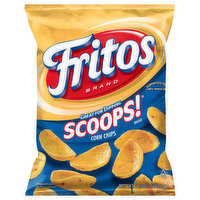 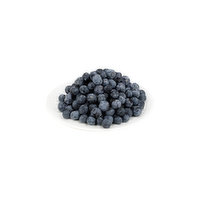 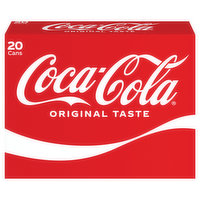 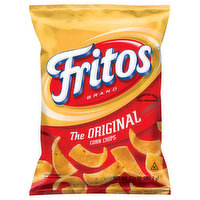 Light bodied, crisp and refreshing, Keystone Light Beer makes the perfect party beer for you and your friends. This American light lager beer has 4.1% ABV, making it a great choice with friends. With an exceptionally clean taste and undeniably smooth finish, try this beer case for evenings on the front porch and bonfire parties. This American beer is triple-filtered to perfection for a satisfying taste that’s never bitter. Try pairing ice-cold Keystone beer with burgers, hot dogs, barbecue, and wings the next time you need refreshing drinks for an outdoor cookout. 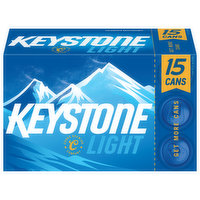 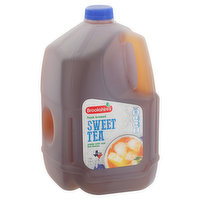 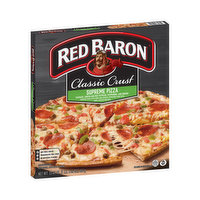 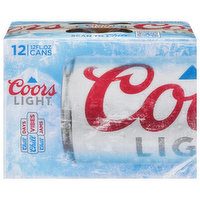 100 calories per 1 oz. See nutrition information for fat and saturated fat content. Since 1872. 5 simple ingredients. No preservatives. Philadelphia cream cheese always starts with fresh milk and real cream, and is made with 5 simple ingredients, nothing extra. The result is the fresh tasting, creamy texture you love. That's how Philadelphia sets the standard. creamcheese.com. how2recycle.info. See inside for recipes or visit creamcheese.com. 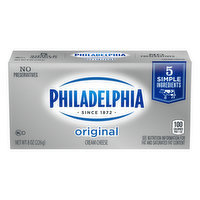 Since 1906. The World's most popular wine. American. The Story Behind Franzia. A new beginning - Teresa Franzia, my grandmother, planted her first vineyard along the road to Yosemite in 1906. Her family survived Prohibition by selling these grapes to home winemakers back East. When Prohibition ended, my father and his six brothers and sisters rebuilt the winery brick by brick, barrel by barrel - everyone pitched in. After the war, my uncle's new advertising slogan, Make Friends with Franzia, introduced a new generation to wine. Our revolutionary fresh to the last glass Winetap system made its debut in 1978. Because it was more convenient and offered better value than bottles, Franzia started to catch on. It went on to become the world's most popular wine and the first (and only) Winetap to freshness date every package. As we enter our second century of winemaking, we strive to uphold Teresa's legacy of quality, freshness and value. Not just by winning competitions around the world, but more importantly, by helping to bring the enjoyment of good wine to your home each night. The World's most popular wine is also the World's most cost and carbon efficient wine. We are proud of what we are doing and we plan to do more. Significantly Less CO2 Emissions: Franzia WineTaps use significantly smaller energy resources in packaging production and fabrication. Significantly Less Packaging Waste: With 85% less landfill waste than traditional glass, Franzia WineTaps dramatically reduce the environmental burden of excess packaging. Smaller Carbon Footprint: 50% more carbon efficient than 750 ml glass bottles. Lighter than heavy glass bottles, Franzia WineTaps require fewer trucks to deliver the same amount of wine resulting in less emissions, less pollution, less cost and less greenhouse gases. Less Wine Waste: This award-winning wine stays fresh to the last glass, even after the package has been opened, because Franzia's patented spout and unique inner pouch prevent the oxidation that occurs in half empty wine-in-bottles. Enjoy for at least 6 weeks after opening. Alc. 12.5% by volume. Packed by Franzia Vineyards Ripon and Cutter, CA. 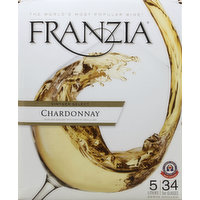 Now with 75% less packaging (Then our regular packaging). Since 1827. Taste of the heartland. US inspected and passed by Department of Agriculture. Serving size 2 fried (fried 3 minutes per side at 340 degrees F) slices. 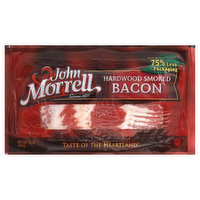 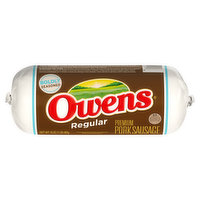 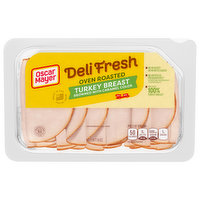 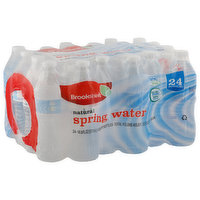 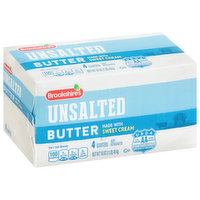 No matter what morning brings, you know you can count on the red Folgers coffee canister for The Best Part of Wakin’ Up. Folgers Classic Roast ground coffee delivers rich, smooth flavor and a famously fresh aroma for a distinctive coffee experience every time. It’s the quintessential Folgers medium roast coffee — a modern morning essential that can help add a silver lining to even the most hectic of Mondays. And in its ground coffee form, it’s versatile enough to use in a wide range of home coffee makers. Stock up now and keep plenty on-hand to help make every day a little better. 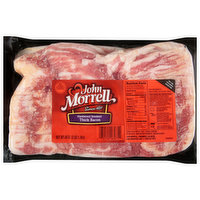 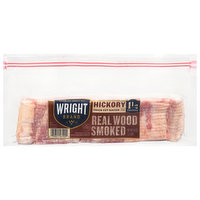